Average Rating : 4.29
Total Vote(s) : 7
Please rate this song between 1 star and 5 stars (5 stars being the best). Just move your mouse on the stars above and click as per your rating. Your rating will really help us to improve our website. 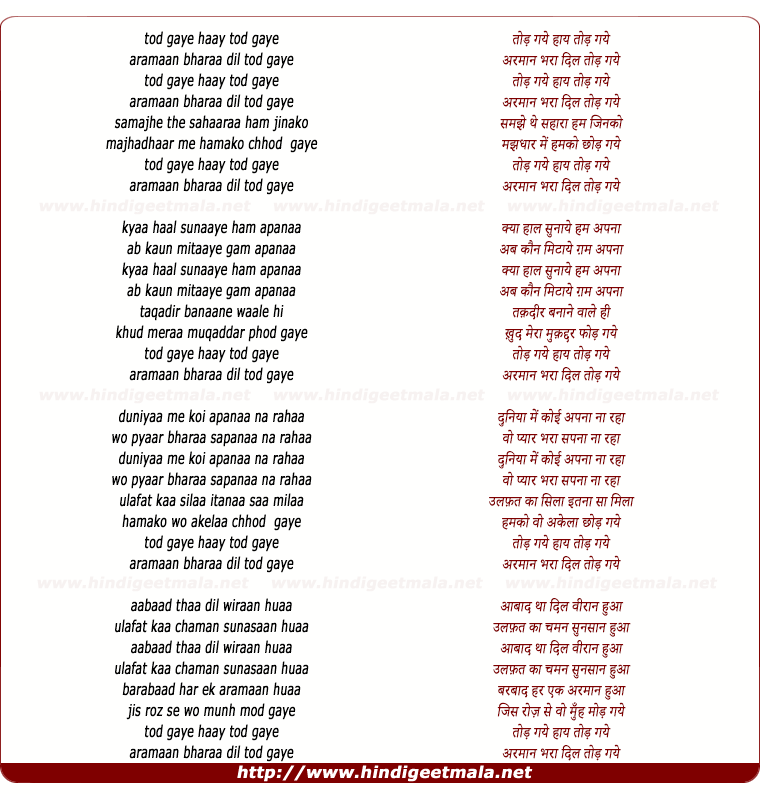 Comments on song "Tod Gaye Haye Tod Gaye Araman Bhara Dil Tod Gaye"
Harjap Aujla on Friday, December 27, 2013
This song is in the voice of Meena Kapoor, daughter of a rich man, later
married to music director Anil Biswas. In this song music director Sajjad
Husain gets the best out of her.﻿