Video of this song from youtube
Average Rating : 4.26
Total Vote(s) : 65
Please rate this song between 1 star and 5 stars (5 stars being the best). Just move your mouse on the stars above and click as per your rating. Your rating will really help us to improve our website. 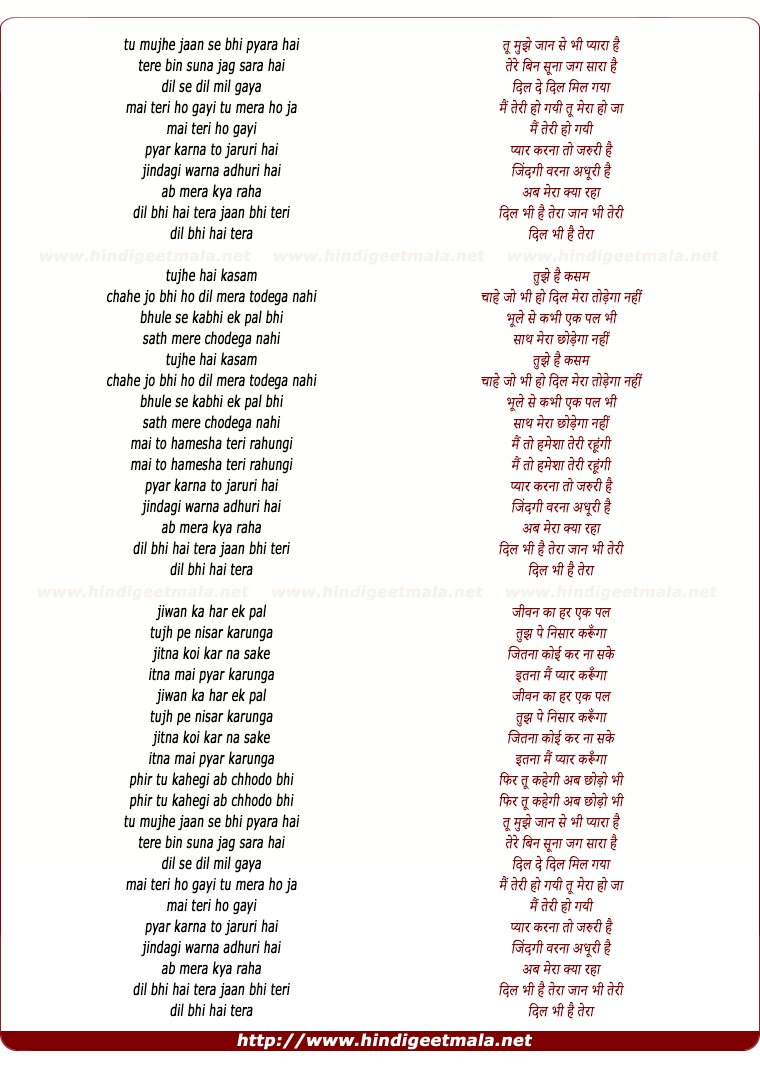 Comments on song "Tu Mujhe Jaan Se Bhi Pyara Hai, Tere Bin Suna Jag Sara Hai"
Dinesh kumar on Tuesday, April 02, 2013
A unique song in which Bappida changes his voice as if he wanted to sound
like Usha Uthup..and at times even sounded like Michael Jackson !
Everybody was surprised when they first heard Bappi's voice in that
song. Mithun was the king of Disco dancing and Bappi was king of Disco
music during that era.

Navindra Bassit on Tuesday, February 10, 2009
One of the very first indian movies i ever saw in 1981 back in Guyana. I
was only 7 at the time. This is the one i remember the most. Great movie
with my favorite indian actor of all time ---> Mithun. Yes i love Mithun
more than Amitabh.

RAJPUTJODHPUR on Wednesday, May 26, 2010
The choreography,music ,mithunda al have done justice to the song it has been sung by bappida classic our new song writers and choreographer should learn something from this absolutely on of the best duet song
jdak90 on Wednesday, May 05, 2010
mithumda is the best thank u for this song
Malvinder Kaur Mangat on Saturday, December 21, 2013
all time classic era... the combination which happened fell so right in
place... bhappi da, mithun da with his signature steps, and disco wave
directors...simply irresistable! one wants to hear and see them again and
again and of course lissom kalpana kartik and the costumes and dance steps
of those times!﻿