Video of this song from youtube
Average Rating : 4.46
Total Vote(s) : 69
Please rate this song between 1 star and 5 stars (5 stars being the best). Just move your mouse on the stars above and click as per your rating. Your rating will really help us to improve our website. 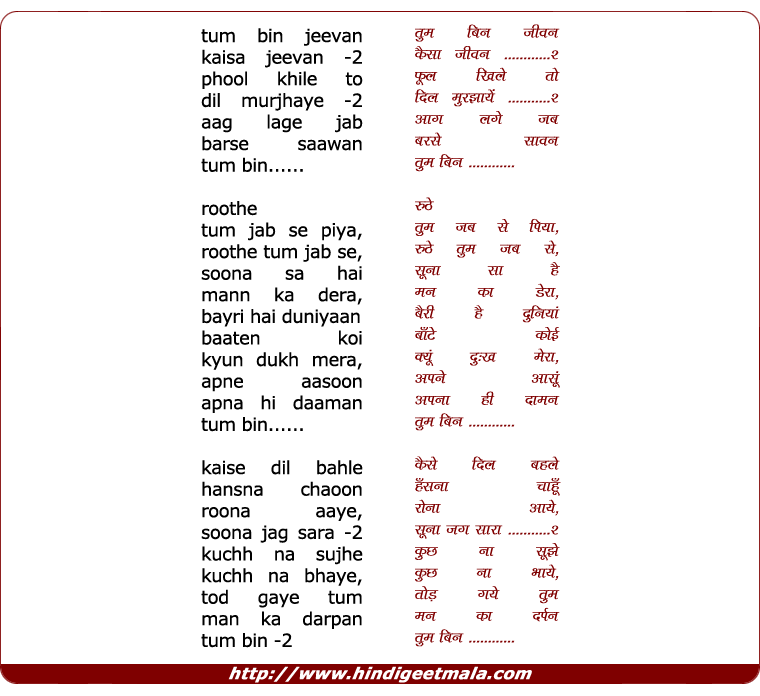 soph6ia on Friday, October 23, 2009
Beautiful Manna Dey song but I'm undecided as to whether RK has the gravitas to pull it off.
Love his light pink safa though--so handsome!

Gourang Ambulkar on Thursday, January 31, 2013
Well, Naseem, you bring up a good point and I don't have a conclusive
argument, but from the character of the song, it did seem like Bhinna
Shadja to me. Hemant, I believe has Pancham in it, right? The way I hear
the song, I didn't spot one in there, but I can't claim perfection in my
ear picking up the notes, also could be that the song is in a different
scale and does use P. Do let me know your thoughts, am curious now. For
Bhinna Shadja --> Ascent: S G M D N S’ Descent: S’ N D M G S


Gourang Ambulkar on Friday, February 01, 2013
Hi Naseem - Thanks to you my friend. After your comment I started reading
about Hemant. Realized that both raags are pretty close and maybe I stand
corrected or maybe Madan Mohan saahab did dabble in both raagas. Especially
the aalap at the beginning to my ears did sound very 'Bhinna Shadja'. Would
you mind listening to Lata's 'Ud jaa re kaaga' and opine if you see a
peculiar similarity in the aalaps. Ud jaa re kaaga is definitely Bhinna
Shadja..