Video of this song from youtube
Average Rating : 4.51
Total Vote(s) : 90
Please rate this song between 1 star and 5 stars (5 stars being the best). Just move your mouse on the stars above and click as per your rating. Your rating will really help us to improve our website. 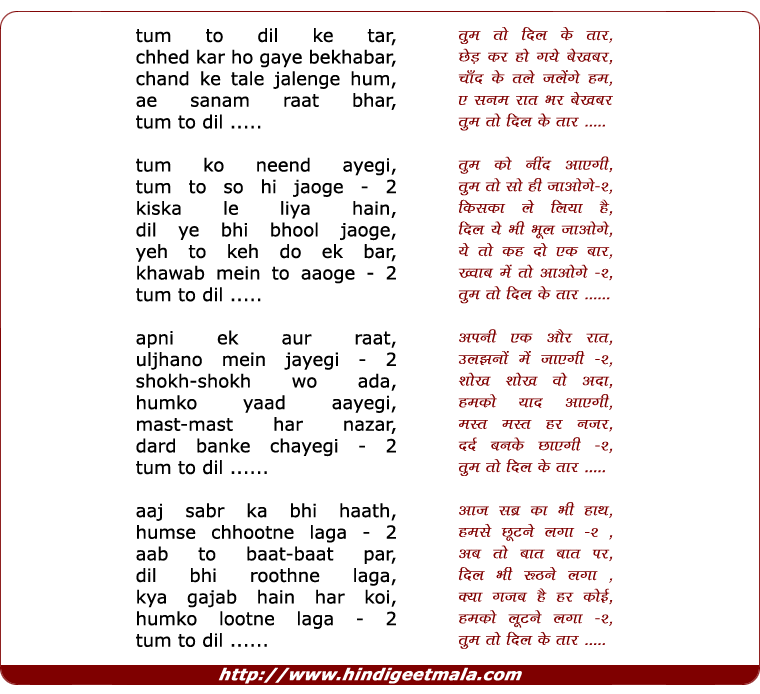 tubulator01 on Monday, November 30, 2009
Excellent Madhusudanji. Heard this old most familiar song after a very long time. The audio is so clear. It would be better if you could also manage the video. thanks a lot.
I am also looking for "Aaja re aaja nain dware" duet of Subir Sen and Lata from the same film.

Vikas Naikwade on Friday, March 14, 2014
What about the song in Talat's voice version. It was also fantastic. One of
the few fast songs of Talat Mehmood. If availablecan you upload it ?﻿

rmeshc on Saturday, February 19, 2011
amitajai could you please post this movie on youtube-in parts or at
atime.iam unable to find it on vcd/dvd.

Hussain Al Sajwani on Wednesday, September 22, 2010
The songs were excellent but the movie was nothing to write home about.
Thanks for uploading this song.