Video of this song from youtube
Average Rating : 4.69
Total Vote(s) : 36
Please rate this song between 1 star and 5 stars (5 stars being the best). Just move your mouse on the stars above and click as per your rating. Your rating will really help us to improve our website. 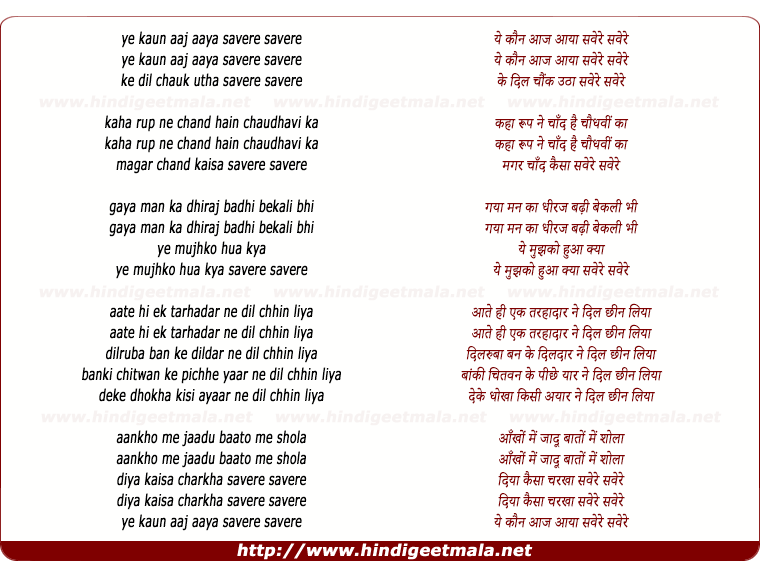 Comments on song "Yeh Kaun Aaj Aaya Savere Savere"
Vasantha Ramanathan on Friday, October 05, 2012
The song depicts when Shiv Baba taking Brahma Baba as His medium to change
this Tamo Guni World into Satopradhan by giving daily morning the Nectar of
Gyan drop by drop and preparing the Souls to absolve their past Vikarmas
done in Body Consciousness and start Su-Karmas by doing Raj Yog in this
Sangam Yug. Those who understand the knew Knowledge of Self, Supreme Self &
the Akarma, Vikarma, Sukarma of this Drama which takes place every 5000
years, are the luckiest in this World Drama. Om Shanti.

Ramesh Rawat on Saturday, February 20, 2010
Today I could not attend to the mails in the morning but now though
afternoon, I am enjoying this very old gem of much before I was born. Nice
bhai. rr