Video of this song from youtube
Average Rating : 4.57
Total Vote(s) : 53
Please rate this song between 1 star and 5 stars (5 stars being the best). Just move your mouse on the stars above and click as per your rating. Your rating will really help us to improve our website. 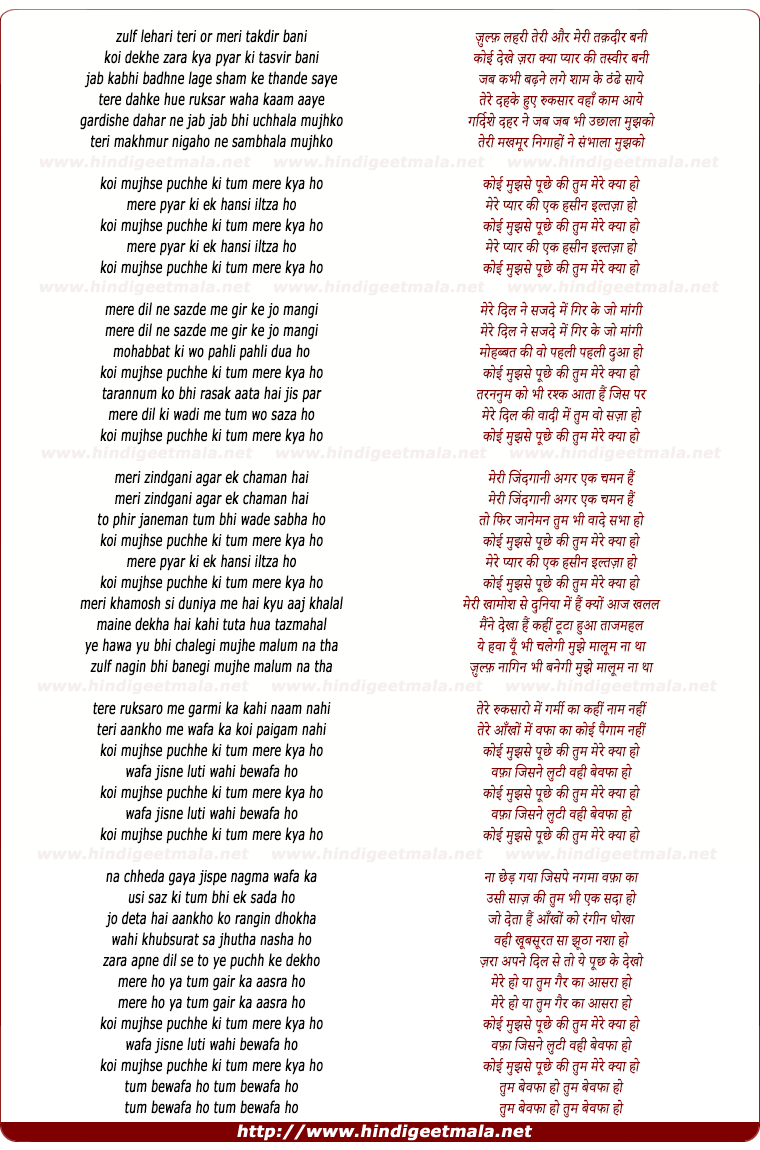 Comments on song "Zulf Lehrai Teri Or Meri Takdeer Bani"
Milahi1935 on Thursday, September 27, 2012
Ravi gets a lot of credit for composing a song which utilized rafi's talent
so well. Going from the lowest notes to the highest in such an emotional
way is rafi's domain, not yet fully appreciated. A masterpiece like few
others. Did this song receive the best song award that year? Ravi, naushad,
Hans raj behal are a few composers who used rafi's talents very well.

muhammad niazi on Thursday, January 22, 2015
" Koi mujh se poochhay keh tum mere kia ho". Very very sad and
heart-piercing lyrics. Who else could have sung, but Rafi Sahab, a song of
this quality?? A heavenly voice. Nobody will ever take his place.﻿

Inatsikap on Sunday, October 21, 2012
My Friend - not so Far "There will never be anyone who will surpass him" He
was is and will always be the best.