Video of this song from youtube
Average Rating : 4.29
Total Vote(s) : 138
Please rate this song between 1 star and 5 stars (5 stars being the best). Just move your mouse on the stars above and click as per your rating. Your rating will really help us to improve our website.

ShahShahnk on May 06, 2013
i m a north indian...dhanush doesnt have the whole 'model-like' look but
believe me thats why modelling and acting are different fields...its not
neccessary fr a actor to luk like a model...in terms of acting..dhanush
looks more innocent and romantic thans the kapoors(ranbir and shahid) and
equals srk...


Roshan Raj on May 06, 2013
Just outstanding. You must be blessed to work with the emperor of music.
Almost impossible composition. Your voice is more than beautiful. Believe
me this is your break through. You will command from now on

SRIYA MUKHERJEE on May 06, 2013
beautiful song and fantastic chemistry
Sovan Sannigrahi on May 06, 2013
Its so different...its takes many hearings to understand the
composition..wth beautiful sufi touch which is always ARR
playground..beautiful

Kishore Bhatt on May 06, 2013
Nice to see Dhanush in a Hindi movie...he's been in the industry for 10
years from now...its really a great achievement for an actor who has
started from scratch.though his elder brother was a director, he has
really worked hard for his place which got him the National award for the
tamil movie 'Aadukalam'...really want this movie to be a commercial success
and hope people from Bollywood would recognize the fact that even South has
got good talent...and let the north-south divide vanish..:)

gaurav singh on May 06, 2013
Vns and tum tak roxx ,luv u sonam
BollyandCo on May 06, 2013
Do someone understand what he say at the begining of the song ? :)
AJINKYA PATIL on May 06, 2013
I think movie will be best..but music failed from my view...full off
Shahul Haq on May 06, 2013
This movie gonna rock even for dhanush how he can fluently speaks hindi wow
im gonna watch this movie

Bhakti bharti on May 07, 2013
ha bs tum tak... dhanush <3
Jinto Joy on May 07, 2013
Mr.Kolavari, Welcome to Bollywood..!! he is speaking fluent hindi nd Sonam
you are really looking gorgeous, atlast AR Rahman is baK with his magical
fingers... 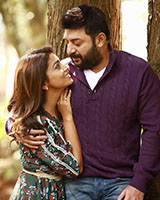