Video of this song from youtube
Average Rating : 4.31
Total Vote(s) : 62
Please rate this song between 1 star and 5 stars (5 stars being the best). Just move your mouse on the stars above and click as per your rating. Your rating will really help us to improve our website. 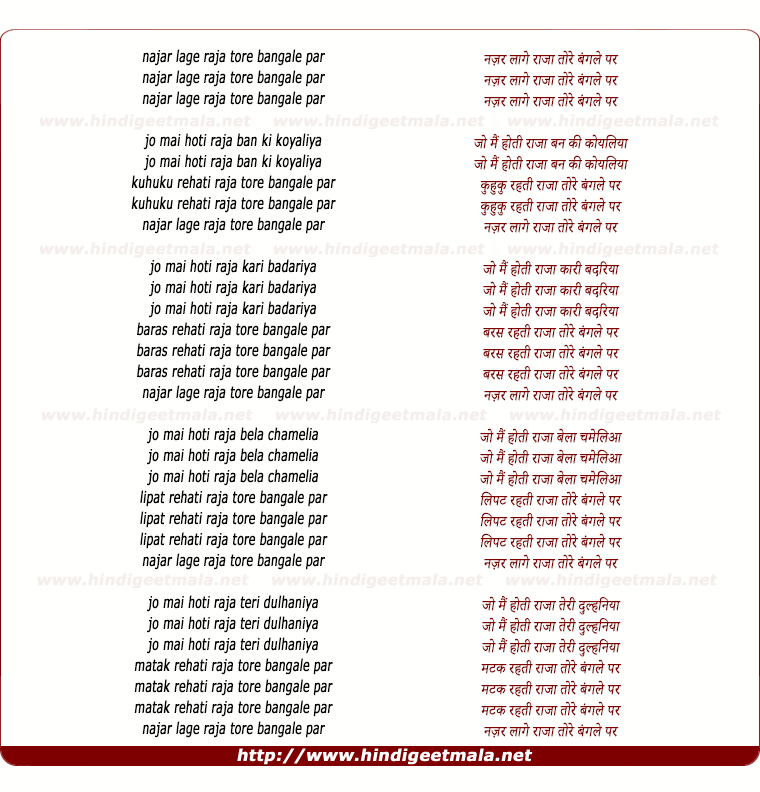 orientlover1 on Friday, September 24, 2010
@TBDN who are you talking about - the singer Asha Bhosle or the actress in this song Nalini Jaywant. Actress Nalini Jaywant was born on 18-2-1926 and singer Asha Bholse was born in 1933. She has recently celebrated her 77th birthday.
orientlover1 on Friday, September 24, 2010
@bdgogia Asha Bhosle was born in 1933 and the actress in this song Nalini Jaywant was born on 18-2-1926.
orientlover1 on Sunday, March 28, 2010
what happened to jalini jaywant? we do not find her biography or anyother details of her later life
nardnardn on Wednesday, July 20, 2011
This song defined Mujra music for Hindi film music. The popularity of this song is such that the kotas of Bombay was all ablaze with this song and even Lucknow kotas started to play this song, giving up on tradition , as per the clients demand.What a song! SD and Asha rock .. Nalini is quite rhythmic and Dev's mannerisms are better left unsaid. It is one of his rare films where he acted as a nabob and still his western mannerisms come through. It is quite funny to see him in this act. Thanks
View all 36 comments related to song Nazar Lagi Raja Tore Bangle Par