Video of this song from youtube
Average Rating : 4.28
Total Vote(s) : 277
Please rate this song between 1 star and 5 stars (5 stars being the best). Just move your mouse on the stars above and click as per your rating. Your rating will really help us to improve our website. 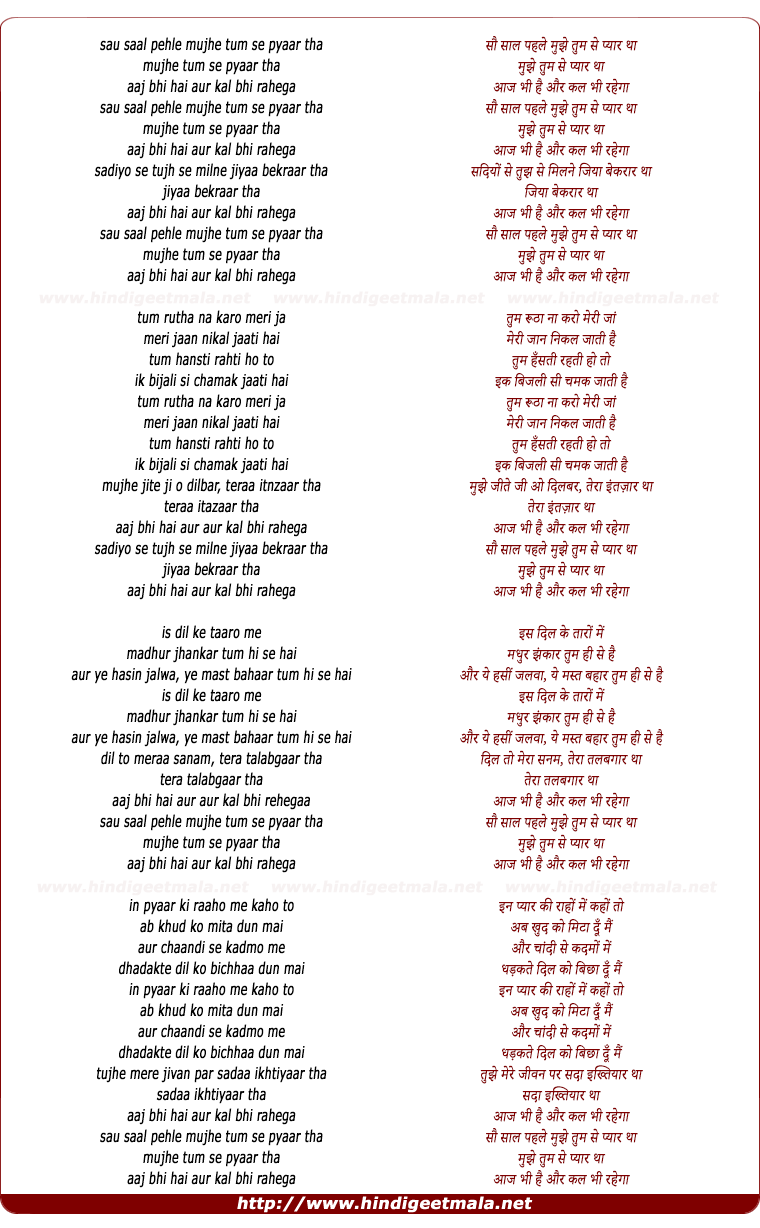 Comments on song "Sau Saal Pahle Mujhe Tumse Payar Tha"
a2zaawara on Thursday, February 18, 2010
In the whole history of bollywood, a song can never be romantic and beautiful like this one. The lyricist, actors, musicians and singers combined themselves in a marvellous manner to create this wonderful gem.
liverpoolisbest1001 on Wednesday, July 18, 2012
Great combination of Rafi, Lata, Shankar Jaikishan, Shailendra and also Hasrat Jaipuri.
Brig Veer Pratap on Tuesday, November 01, 2011
what a beautiful song which would always remain as fresh as ever-green Deva Nand
mastkalandr on Friday, March 08, 2013
I would like to add an interesting story. The film Tumsa nahin dekha1957
was originally offered to Dev Anand but he declined due to Amita & Shammi
Kapoor came in his place.The film's original lyricist was Sahir who wrote
the title song but he too opted out and Majrooh took his place.{Interview
by Shammi Kapoor to CNN IBN telecast after his death,on 15Aug.2011} chhupne
wale samne aa..Sammi Kapoor-OPN..a tribute Thanks my friend ! for sharing
this joyful romantic duet with interesting story.