Video of this song from youtube
Average Rating : 4.39
Total Vote(s) : 92
Please rate this song between 1 star and 5 stars (5 stars being the best). Just move your mouse on the stars above and click as per your rating. Your rating will really help us to improve our website.

Aman Dayani on October 06, 2008
zabardast janab kya baat hai. thanks for posting this wonderful song.
Sanjeev Nalavade on October 07, 2008
Awesome! What a beat !! Hats off to Shankar _Jaikishan/ Rafiji &
Ashahji.Both Sharmila & Sahmmi look so sensuous on the screen.I love this
song.

smodass on October 25, 2008
Rafi was never underrated, which is why he sang so many songs. Indian film
industry and India itself is proud of the fact that such a talent could
flower ONLY on its soil.

Inatsikap on January 13, 2009
If A singer like Kumar Sanu wins awards continous during his time. Then Yes
Rafi Saab who was and still is million miles ahead, was under rated.
Between 1960 and 1972 Every year Rafi saab should have won. Each year he
had a far better song than the one that won. Just the sheer number would
have assured him a hit that should have taken first prize. Yet look at the
number of songs sung the awards won, they are not reflective of the mega
talent that is (yes still is) RAFI!


smodass on January 13, 2009
No question Rafi deserved more awards. However, I think often times awards
were given to other artists so as to encourage them. Lata Mangeskar herself
declined to receive any awards because she knew she would keep winning all
the time. So its not that Rafi was underrated. However, it would be wrong
to berate other singers, as many here on You Tube seems to be doing often
after comparing with Rafi. Every singer in those days had their own charm,
and all shouold be appreciated


Sandy U on January 15, 2009
I agree with you, Kumar Sanu is way way over rated, he falls flat in his
pitch most of the times too.

Inatsikap on January 15, 2009
I Agree about encouragement and Rafi saab gave many of his songs to
Mahender Kapoor but if you look at the continous winning of KS, one wanders
what happened to the encouragement then?

Ragnesh Rathod on January 21, 2009
we all indian love rafi sahab. we all miss him
Ben Abi-Aden on February 10, 2009
Hey my Indians friend we Arabs loves Mr. Mohamed Rafi too, and above them
all my self.

sarimah rahmat on May 24, 2009
what u says true u dont mind send me 1 song which is talking about heart
mere dil aaj kiah hain mujhe maalum nahin share me if u feel ok 2 do so

Mir Ali on May 24, 2009
iffah2004, our heart belongs to the one created it. Everyone else, who we
try to give our heart or get theirs is just a mere attachement, that we
confuse with eternal love. If you think you don't know where your heart is:
then it must be on a flight to search its creator: The Caring and The
Loving. Guess who :)


sarimah rahmat on May 30, 2009
i trust u n thanks 4 d tips sincere from d heart d answer is the almighty
god

Mir Ali on May 30, 2009
Truly, the Almighty :)
Vinod Malshe on June 08, 2009
Please listen to songs from Dil Ek Mandir (Ham Tere Pyar men and Ruk Ja
Raat) Tera Jaana from Anadi. Close your eyes, listen to the pathos. If
there are no tears in your eyes, let us talk.

drumbeatsofeden on July 11, 2009
beautiful song... one of the best
Siddharth Bhattacharya on July 20, 2009
golden time of hindi movie music!!!
Sebastian Pinto on September 12, 2009
Wonderful composition, Great guitarist lending his heart , a great Shammi
and Sharmila. Its just romantic, thats it.

Guru Singh on October 04, 2009
love this song that intoxicates you with its music and lyrics and acting of
both actors

anitdua on October 18, 2009
Truly incomparablegolden voices of Asha and Rafi,acting by Shammi and
Sharmila and music by Shankar Jaikishan. The golden age of Indian Cinema
truly. It was the cummulation of the very best that India cinema ever was
and will be.

insaneyogi3008 on October 21, 2009
What a pure composition , simple yet bewitching , it does not take much to
convey feelings through just some heart ..just like in this song

FAQEERAHMED on March 26, 2010
some say this is a humans voice ppossibly i say impossible. he was some
kind of an angel. 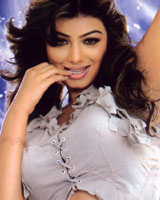